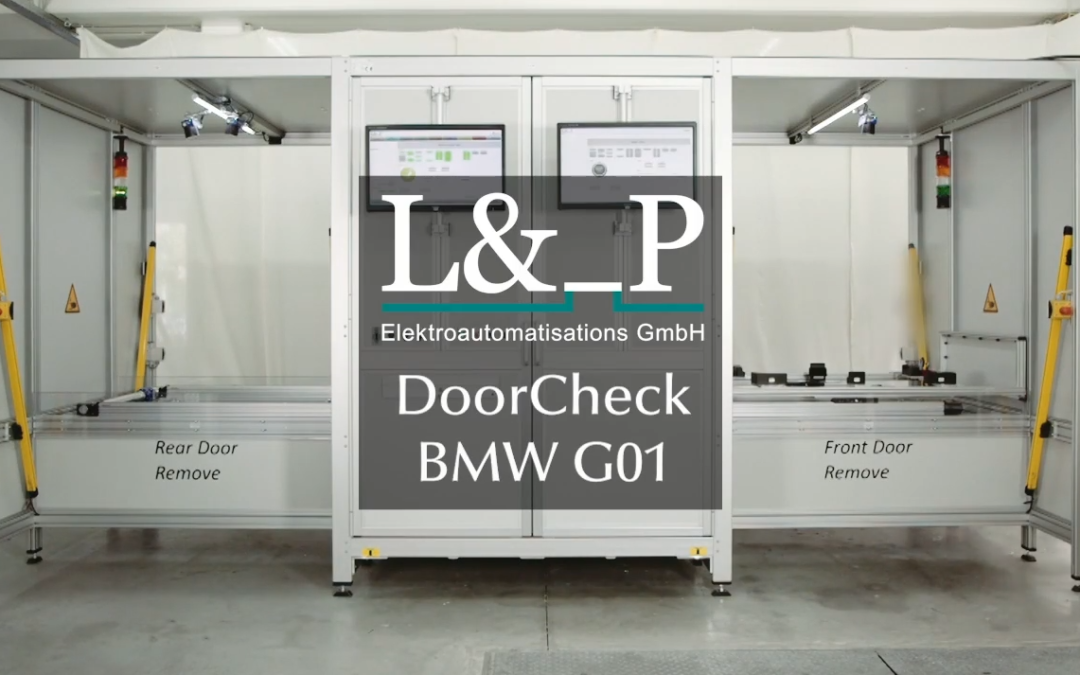 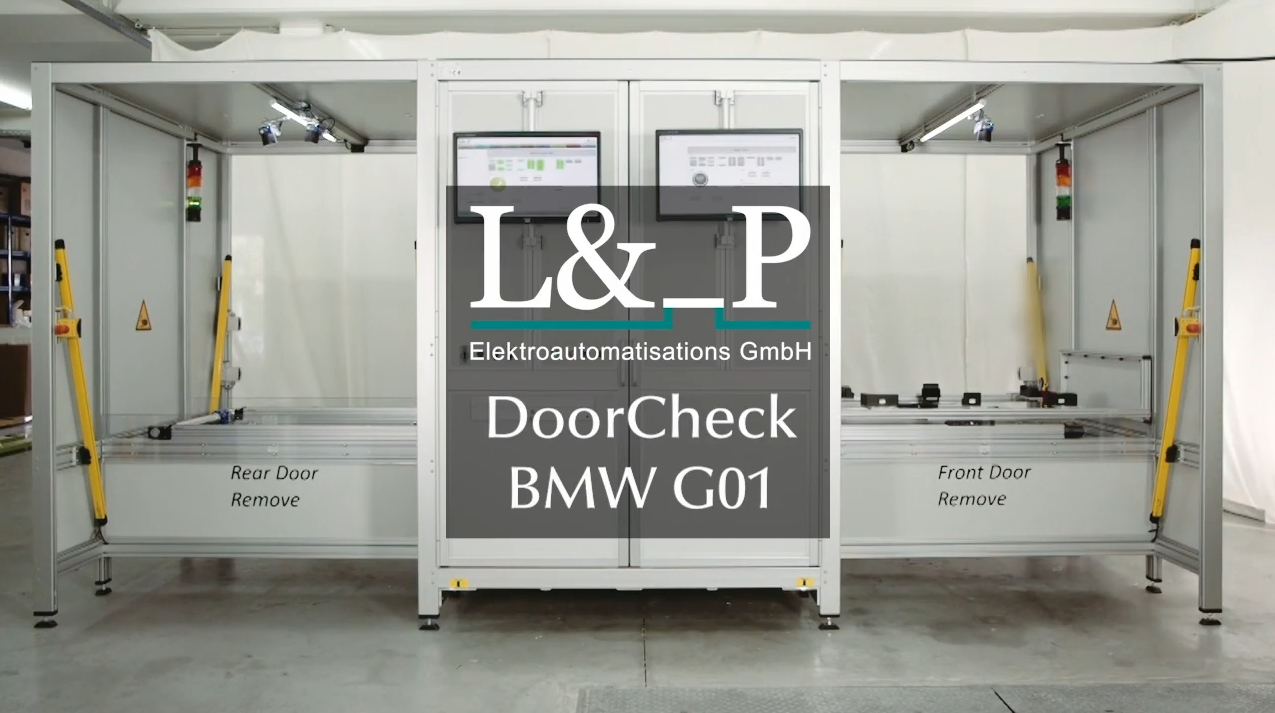 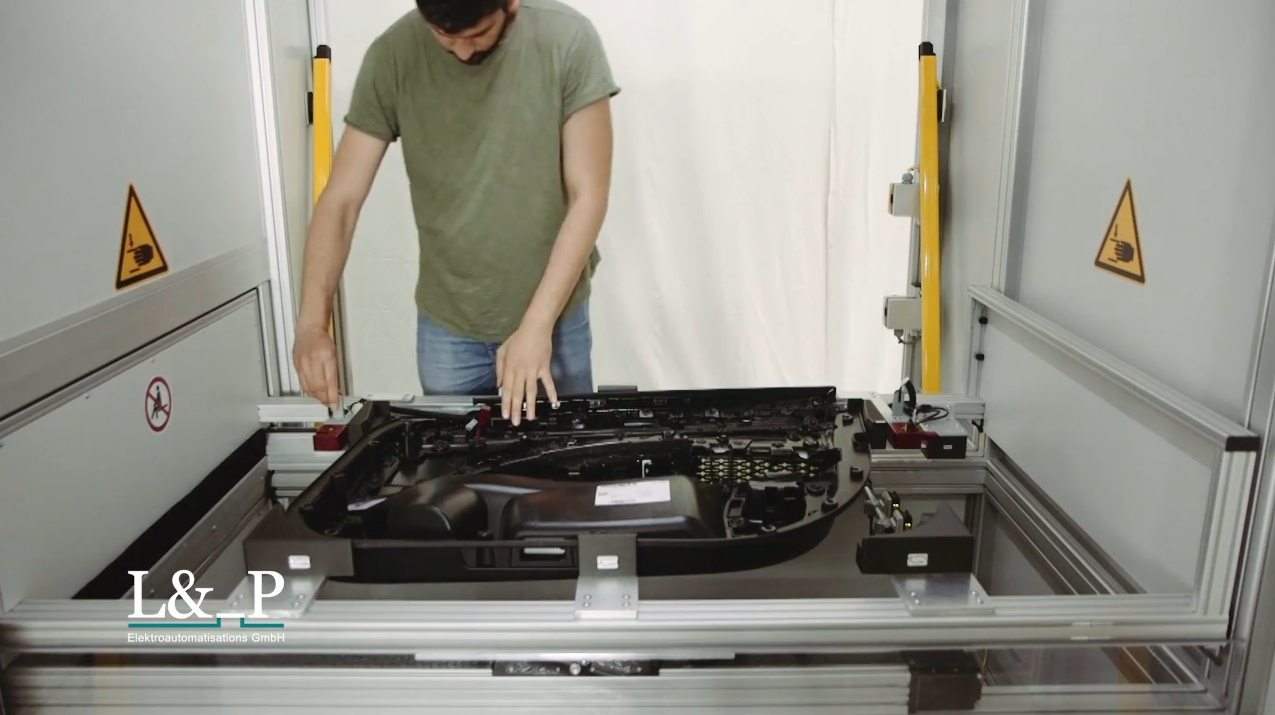 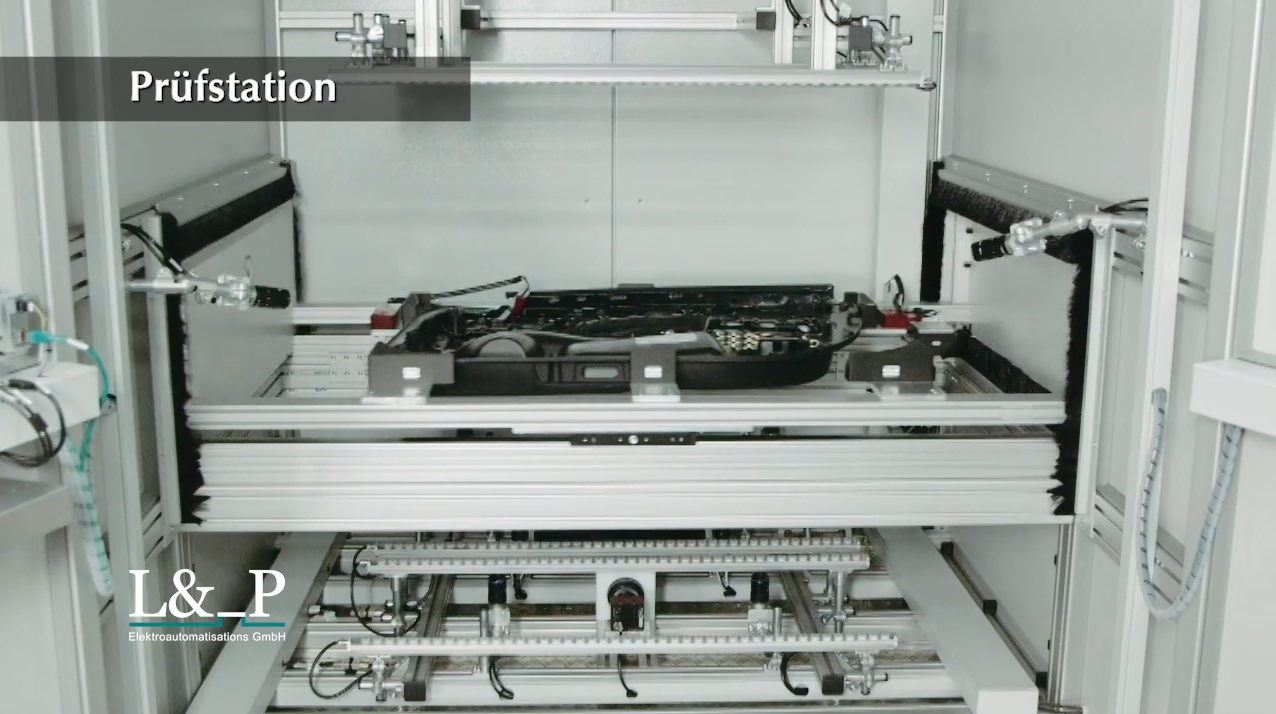 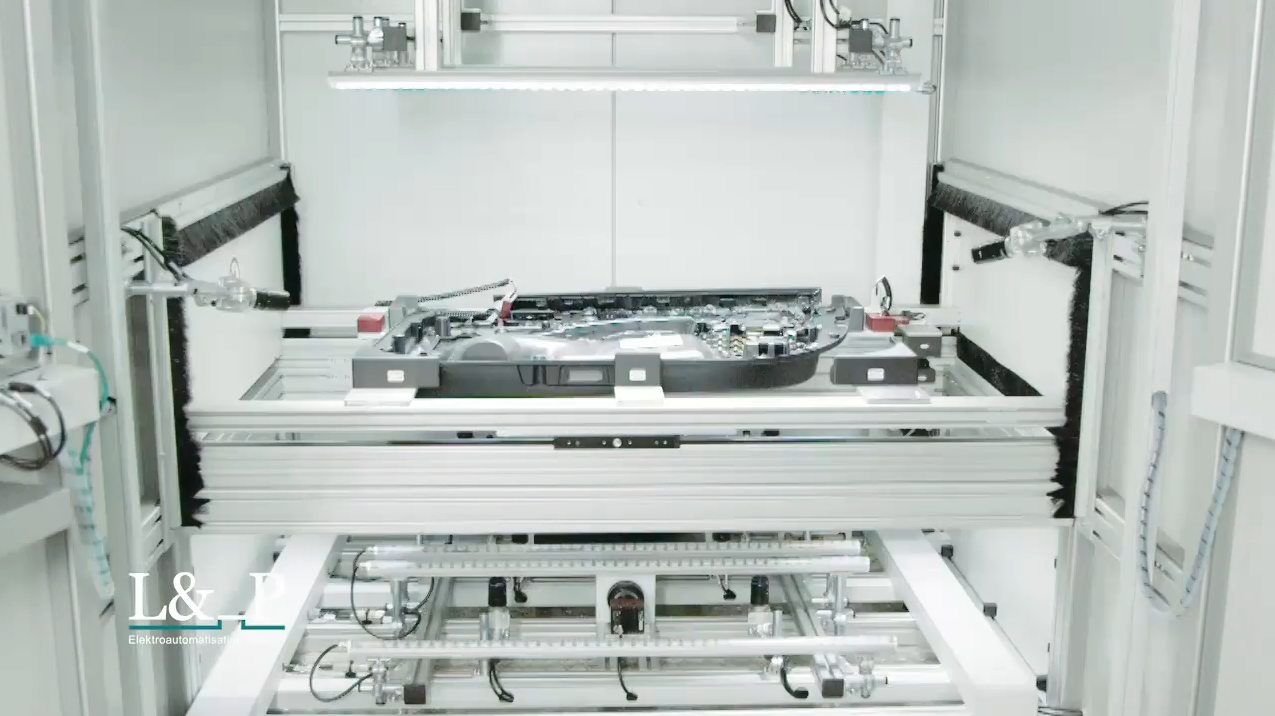 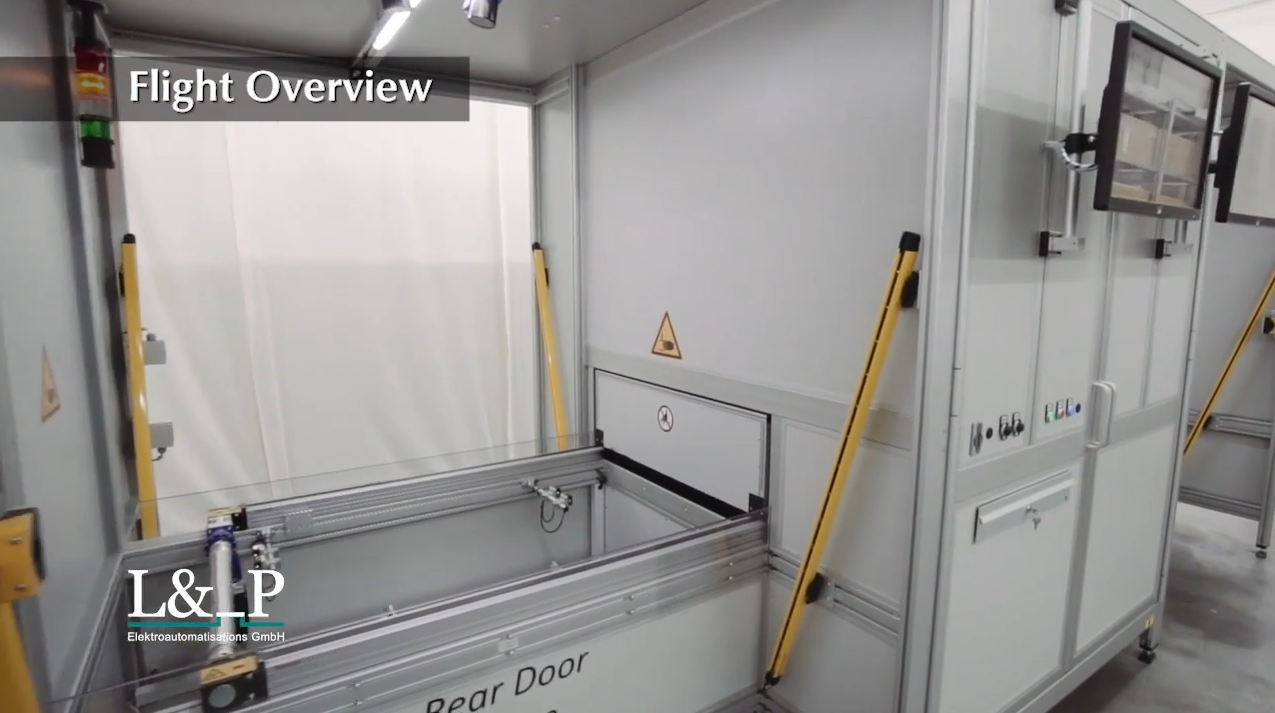 In the checking system there is about „traversierende-DoorCheck-Testing System“. It could be used only for the control of produced interior car doors for VT-L/R – HT-L/R including electro and light testing of the whole CarSet.

The checking system is built as the self-stan-ended and functional system. The control switchbox is intergrated in the system.

The Checking system has one input and one output side; there is two checking cabins between. Interior doors should be placed direct in the defined lying place according to accurate disposition at the overviewing side downwards and parapet to the operator. The glued BroadCastCode would be identified with the help of Scanner and after this starts the test procedure, which was programmed for this doors configuration/layout. After this interior door is proceeding to the visual check station and will be tested there. The features test will be executed at the station # 1, electrical and light test is carried out at the station # 2, which is darkened with the bulkhead.

The cycle-, proceedings- and test time will be type-dependent (quantity of the checks) and would be executed according to your demand within 22 seconds per interior door at 2 DoorsCheck EOLT’s.

After finishing of the testing interior door is proceeding to the output station and results would be compiled and displayed. There is “green status signal” after successful checking and operator can take a door. In case of unsuccessful checking mistakes would be displayed, additionally there will be “rot status signal”. The further steps will be defined by the Operator.

The manual checking will be completely cancelled through implementation of this system.

The following visual checking are dedicated:

Different contours, colours and features recorded and observed. Presence-, surface- and dimension tests would be for this executed.

Checking and measuring of the contours:

The operation of the Checking system is executed through TFT Touchscreens on the input and output sides. The surface language is German and has an option of the language switching. Here would be adjusted only recognizable surface labelling. The handling with the system is easy for understanding and performing. User interface could be individual discussed and adapted to our standard version.

For the placement of each car door is used user-friendly, which doesn’t require any special image processing knowledge.

In case it is necessary operator has support from the Checking System through administration type during the placing of the new test sample. User software is organized in such way, that first should be recognized the Broadcast code for the identification of the door variants/layouts.

On the base of this information, there will be the procedure plan by the software determined and after this starts testing routine. All entered information would be detected and after ending of the process carefully saved.